I have heard some bits and pieces in the last few weeks…believe you need to be aware. It’s that serious.

A little humor from one of our founding Trumpettes
And since good humor is always based on truth.  Here it is.

Recently, while I was working in the flower beds in the front yard, my neighbors stopped to chat as they returned home from walking their dog. During our friendly conversation, I asked their little girl what she wanted to be when she grew up.

She said she wanted to be President someday.

Both of her parents, Democratic Party members, were standing there so I asked her, “If you were President what would be the first thing you would do?”

She replied… “I’d give food and houses to all the homeless people.” Her parents beamed with pride!

“Wow…what a worthy goal!” I said…”But you don’t have to wait until you’re President to do that!”
“What do you mean?” she replied.

So I told her, “You can come over to my house and mow the lawn, pull weeds, and trim my hedge, and I’ll pay you $50. Then you can go over to the grocery store where the homeless hang out, and you can give them the $50 to use toward food and a new house.”

She thought that over for a few seconds, then she looked me straight in the eye and asked, “Why doesn’t the homeless guy come over and do the work, and you can just pay him the $50?”

I said, “Welcome to the Republican Party.”

Her parents aren’t speaking to me anymore.

Do you know any Republicans that would get a chuckle out of this? 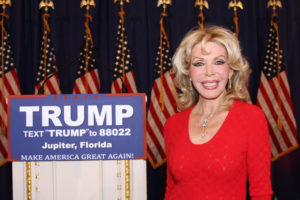 We are being filled with Alice in wonderland dialogue that everything is wonderful. It’s all love, love and more love. Why is there no mention of ISIS or the woman having her head cut off? And Obama describing it has workplace violence? This sounds lovely until it hits home! Trump is our only chance! Wake up and be grateful you have someone who loves America.

Anger, anxiety, disdain, disillusionment, disgust, frustration, and fear. Those are the things of which Democratic Conventions are made. For anyone watching the Democratic fairy tale, it has been a week spent in hell. While it is always important to know what one’s opponent is doing and thinking, it can also be quite detrimental to one’s health as well. This week’s Democratic Convention has been the biggest display of lies, deception, and bull I have ever witnessed. For anyone watching with a brain on function, it has been nothing but pure pain. One would have to be brain dead, in denial, or living under a rock to buy the B.S. the Democrats are dishing, but then that is the craft of the Democrats, spewing the B.S.!

Yes, the Democrats do like to shovel the you know what! Let me count the ways, but then if I did, this blog would be as long as “War and Peace”. As time is of the essence, shall I begin with how the Democrats attempted to show a shred of support for police while at the same time placing a young punk named, Trayvon Martin on a pedestal? Perhaps I should go with a video of Hollywood’s finest, including traitor,”Hanoi Jane” (Jane Fonda) singing “Fight Song” for Hillary. How apropos for the Democrats to have a traitor supporting them. Why not? The Democratic Party seems to have a history of treason. It has been said that Barrack Obama has been guilty of treason some 75 times and Hillary has her own record as well.

END_OF_DOCUMENT_TOKEN_TO_BE_REPLACED 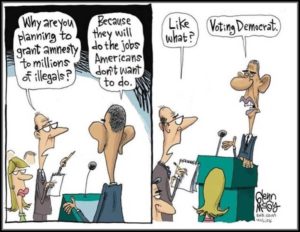 What do you get when you mix leaky media tents, high temperatures, traffic gridlock, protesters in abundance, a corrupt chairman, lying politicians, and venues without food, nor water, and trash piled sky high? If you guessed the Democratic Convention, you would be correct. Word is the media is missing Cleveland. Who knew Cleveland could be missed? By the week’s end, Cleveland won’t be the only thing missed by the media. The media will actually miss honest and in-politically correct politicians. The media will no doubt miss Donald Trump!

Say what you will about the Republican Presidential Nominee, but one thing can not be denied, Donald Trump is not politically correct. Not being politically correct is not a bad thing. It is a good thing. People want to hear the truth, not patronizing lies. Last night’s opening night of the Democratic Convention was nothing more than lies and an exploitation of Blacks, Hispanics, Gay people, and disabled people. Frankly, I wondered if anyone White would ever take the stage. Just about every person that took to the podium spoke out against Whites and spoke in favor of Blacks and Hispanics. I had to wonder if this was a presidential election or a Black Lives Matters Convention. First Lady took to the podium and gave a luke warm speech on being Black and having her daughters play on the grounds of the White House as her husband had become the first Black President. Perhaps Michelle doesn’t know this, but America can see that she is Black, and America knows her husband is Black as well. America need not be reminded that America has a Black President and First Lady. America has suffered due to her husband, and not because he is Black, but because he has done nothing positive for this country. As bad as Michelle’s husband has been, I fear Hillary will be even worse. Speaking of Hillary, Michelle went on to praise Hillary Clinton, the very woman she trashed talked during the last Democratic primary in which her husband was running against Hillary Clinton. “If you can’t run your own house you can’t run the White House!” Truer words have never been said of the soon to be Democratic Presidential Nominee, Hillary Clinton. Michelle Obama spoke the truth four years ago, today she speaks in lies, but then it is the Democratic party of whom we are speaking. The Democratic Party is nothing more that a party of political correctness and lies.

END_OF_DOCUMENT_TOKEN_TO_BE_REPLACED 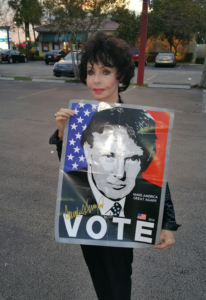 What it is the Democrats do best? RAISE TAXES, of course!

Is that how we stimulate our economy? Is that how we get jobs rolling? I don’t think so! Raising taxes is not the answer. Stimulating the economy IS.

We need exactly what Donald J. Trump said this morning when he made a powerful speech at the Veterans Administration in Charlotte, North Carolina.

His top points, and there were many which our future President addressed, captivated
the audience. Their applause and reactions to his speech, made it very clear that America
WANTS and NEEDS positive and honest change.

FIX THE V.A. SYSTEM, establishing a 24 hour hotline to the White House, for Veterans care.
Mr. Trump joked “this could replace Twitter” for him.

FIX OUR INFRASTRUCTURE, our roads and highways, airports, bridges and tunnels.

These are among the things that create jobs. Getting people back to work, gives them
their independence and confidence to have a better future.

Raising taxes and bringing more and more refugees to our Country, will NOT result in a positive
outcome.

Look at what is happening in Germany, France, Turkey – nearly every day is a new destination for
terror.

Do we really want more of this on our shores?

There is no question that people around the world are suffering from anxiety from this terrorism,
and from the financial system.

Mr. Trump pointed out that ISIS has been created by the weakness of the Democrats! Oddly enough,
their song last night, “Bridge Over Troubled Waters”, is mighty appropriate!

VOTE FOR DONALD J. TRUMP. This man is giving his ALL to save YOU and this country!!!

We would like to welcome Susan Harrison, Stacey Daly, Gina Mitauer and Poppy Paulos to the Trumpettes!

I’m a long time admirer of the amazing Donald Trump. I want Mr. Trump on my side!!! Vote, and please drive a friend or neighbor to the polls in November. Thank you!