Born in Port Arthur, Texas August 30, 1946, and raised in El Paso. Attended Texas Western College (now known as the University of Texas at El Paso or UTEP). My mother was its Athletic Business Manager and she and my grandfather were in College Park, Maryland when TWC won the NCAA Basketball Championship in 1966 ~ lucky lady!! I Moved to Houston, Texas in 1966; to Charlotte, North Carolina in 1978; to Atlanta, Georgia in 1981; back to Charlotte in 1995. Moved to Daphne, Alabama where I married Jim Jarrett in 2001; then to Birmingham in 2002. Returned to Charlotte in 2004 and currently reside in Fort Mill, South Carolina.

My mission early in life was to have two daughters 18 months apart, which was accomplished with Megan’s birth in November of 1975 and Shannon’s birth in 1977 with God’s help! Okay, they were 17 and a half months apart… My current mission is to be a worthy Grandma to Megan’s children.

Additionally, I want to do all that I can to help Make America Great Again! I am thankful that we have a chance to do that with President Trump, who is a DOER and not just a talker. 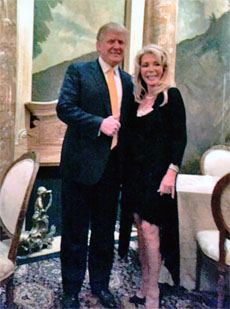