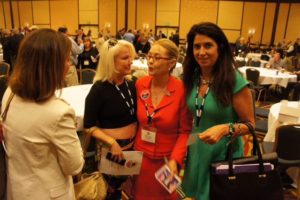 What this kind of terrorism is doing to our world is complete insanity, and we have no leadership to do anything about it. Yesterday’s tragedy hit close to home as one of our Trumpettes, International TV host and producer Daphne Barak, was scheduled for a quick trip to Istanbul, Israel and London. It was just a matter of a few hours that potentially saved her life.

This has got to stop and somebody has to have the courage to stop this insanity by doing something about it. It is obviously not going to be President Obama or any of his followers. Why are we so afraid to use the words radical Islamic terrorists, is there anything else to describe these actions?

Are we so condescending and weakened that we think by admitting non vetted people into countries around the world that things are going to get better, not worse? 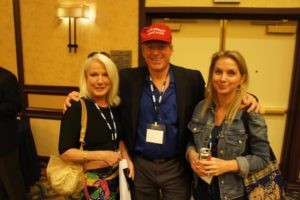 Wait until this starts really hitting the economy. It has started already as you can tell by the sales everywhere and the amount of businesses that are closing. This kind of fear will result in people not traveling, therefore hotels, restaurants, shops, airlines and businesses in every area will suffer around the world. This is not just in Istanbul, Brussels, Paris, London, San Bernardino, Orlando. Not nearly a week goes by now without another terrorist attack somewhere.

The only person that has come to the defense of not only the American people, but people around the world, is Donald J. Trump, because he has upheld the fact that people who are questionable need to be vetted and he has no problem expressing it.

I beg you all to think about it from your own vantage point, your own family, your friends, your own life and ask yourself does it really matter what your political affiliation is. Doesn’t this go a whole lot deeper and further. As of this morning 41 people are dead from that attack with 140 still injured. How many lives, how many businesses, how many children will be affected by this one significant tragedy? Start counting and ask yourself whether you can tolerate this kind of world. We have got to get behind Donald Trump and the true and honest people he will work with to take strong and definite action to stop this before our country and every other will be devastated.

We thank God that our Trumpette Daphne Barak is alive and well but we also thank Donald Trump for bringing this to the forefront and not ignoring these incredible acts of terrorism.
Trumpettes USA (www.trumpettesusa.com) are fortunate enough to be seen and heard around the world thanks to the French Presse who did an interview with me in June for distribution to 150 countries and dubbed in five languages. I thank our Trumpster Fred Williamson for his devotion in this video as well. We hear from people all over the world who support Trump even though they cannot vote in America they are for Trump because they realize what is coming their way as well.