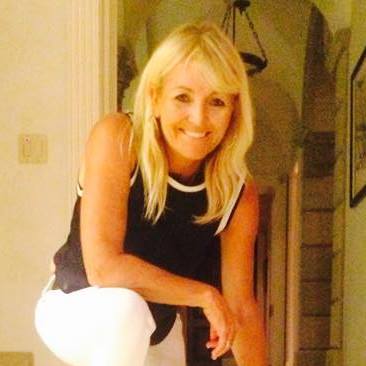 The votes in Indiana have been counted, the people have spoken, and the outcome has been decided. With 53.3%  of Republicans supporting Trump, Trump won the state of Indiana. The Hoosier state did well by Trump insuring Trump the Republican nomination for President, and in turn forcing Senator Ted Cruz out of  the race. While it appeared the Senator might not go away gracefully, and quietly, he did just that. Ted Cruz receiving only 36.6% of the votes delivered a rather lengthy concession speech stating that it was time for him to drop out of the race for the Presidency. The Senator never once congratulated Trump, nor did he mention his name. Ted instead told his supporters that the voters had chosen another path, that path being Donald J. Trump.
Trump on the other hand could not have been more gracious in his victory speech. Not only was the businessman turned politician gracious on his win in Indiana, but he was incredibly complimentary when speaking of his fallen opponent Ted Cruz. In fact I personally thought Trump was a bit over complimentary when speaking of his defeated opponent. Had the tables been turned I seriously doubt Ted Cruz would have been even a quarter as complimentary towards Trump. Considering Cruz had engaged in dirty politicking from the start of the campaign till the bitter end. Cruz was hardly deserving of Trump’s kind words, but then one has to wonder if this is the start of Trump’s being “Presidential”?
In Trump’s victory speech he vowed to unite the Republican party and how better then to start with a former enemy, and opponent? Trump’s other opponent, Governor John Kasich received only a mere 7.6% of the votes in Indiana, yet he has failed to concede and drop out of the race. One can only guess as to the whys of Kasich remaining in the race. While both Cruz and Kasich had hoped for a contested convention, their hope is not feasibly possible. The people of this country have spoken, and the majority of the people have chosen Donald J. Trump. The people of this nation have tired of Politicians doing nothing and want a man of the people to take action and do something! Not once did I ever hear exactly what Senator Ted Cruz or Governor John Kasich would hope to accomplish for our country and it’s citizens, not once! Trump on the other hand had a platform and stuck to that platform. When Donald J. Trump states that he intends to “Make America Great Again”, I believe him, and apparently most Republicans believe in him as well.
While Trump may not accomplish everything he wants for this country I do believe he will accomplish a good many of those things. After eight years of Obama this country is broken, and in need of a leader, a real leader. Trump’s platform has been set, as he wants to “Make America Great Again”, and I believe he will if given the chance. With a rapidly declining middle class , a disastrous health care system, an insufficient Military, a country without borders, and a country that fails to take care of it’s veterans, and instead rewards illegal immigrants, we have a country that is broken. If Donald J. Trump were to fix a quarter of America’s problems we’d be better for it. With that being said, I say “thank you Indiana”, in doing your part in electing Donald Trump so that he may begin his path to the White House, and “make America great Again”!
(c)Sean Bianca, GOPGIRLBLOG 2016