What Difference Does It Make?

Shock, horror, hatred, detestation, and sorrow. Those were the emotions I felt as I sat motionless for two hours in a movie theater watching the movie “13 Hours” . The film is the controversial true story of the events that took place in Benghazi, Libya on September 11th 2012. The film is two hours long, a mere fraction of the thirteen hours that the Americans were under attack. Thirteen hours of gunfire, and short range missiles at both the U.S. Consulate, and U.S. CIA Annex, and no help was given from our country. Calls were made throughout the night begging for help from both the Consulate, and the Annex, and Hillary, Obama, and his administration watched. They watched in real time and gave no help. Not one F-16, not one Black Hawk, nothing. The men involved were far safer in the war on Iraq than in Benghazi. No help at all was given, and I for one am ashamed to be an American.

I am ashamed as former Secretary of State Hillary Clinton, and President Barrack Obama watched our men fight and die from an unmanned drone in real time. How? How is it possible that both Obama and Hillary could sit and watch Americans under attack for 13 hours and do nothing? Not only did the President and Secretary of State do nothing, but they gave orders not once, not twice, but three times to “stand down”, and not fight. Had the men that both died and survived not disobeyed orders to “stand down”, not one American, stationed in Benghazi would have survived.
As I sat and watched the gut wrenching film I felt sheer hatred and shame. I felt hatred for both the President and the former Secretary of State. I felt shame as my country failed the men who endured the horrific attack. My country failed these men, as these men never should have been stationed in Benghazi, Libya in the first place. While every other country had left Libya due to the country being “unstable”, and “unsafe”, America stayed. America stayed and went so far as to send Ambassador, Christopher Stephens to Benghazi. America stayed as Obama, Hillary and this administration wanted to show Americans and the world that terrorism no longer existed.

END_OF_DOCUMENT_TOKEN_TO_BE_REPLACED 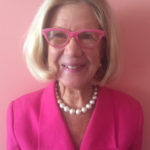 I come from a family with a strong tradition of campaigning for Republican candidates, as well as supervising the voting process at the polls. I have actively campaigned for many national and local Republican candidates since I was old enough to vote. I have also been involved in recruiting new Republican voters through registering friends and associates and various groups.

I designed a pink baseball cap last year with the words “Trump, for such a time as this” at my own expense and then made them available to all my friends who were interested in promoting Donald Trump. I gave one to my friend, Gloria Myers, who is Trump’s executive secretary at Mar a Largo. She is a good friend of mine and lives nearby. I’ve had many comments everywhere I go and people are asking how to get one of these caps. This is a very exciting time in America and we are all anticipating that Donald Trump will be our next president.

I want to work for the Donald Trump campaign to ensure that he becomes our next president and help him to for fulfill his pledge to make America great again. I feel that this is the most important election America has ever faced and the last chance to save our country. I want to be a part of The Trumpettes who also have the same vision.

I am a Media Marketing Wizardess; cross country commuter; and a Trumpette before I even knew it!

To re-elevate, to reinvigorate and to reestablish the global dominance of USA BY WHATEVER MEANS NECESSARY! In other words … Elect and reelect Donald Trump!!

I’m read up educated and know what this country desperately hopes for… “To make America great again”. I’m bold outspoken but mannerly and have a leadership ability. I’m audacious. I just was on NBC San Diego 11 o’clock news trumping at the Border supporting our next president .. Go Trump!

I care deeply about our Country, the United States of America. I boldly admit Trump is our Only Hope. I love him and pray daily for our country to be blessed again. I’m doing my part! Join me!

I commend Trump on his equal treatment of women. I may not always agree with the words he chooses to make his points, but I almost always agree with the points he is trying to make.
Many women say they want equal treatment, but it seems many women only want it when it suits them and in the manner in which it suits them. If you are in a meeting and have a bad idea I believe whether you’re a man or woman you should be told “That’s a terrible idea”…but when Trump has responded to some situations with women in the same manner and with similar responses to what he would say to a man – many women all of a sudden don’t want “equal treatment” because they don’t want to be talked to that way because they are a women??

I’m very encouraged at the chance to have someone running our country that is proud of America, has successful business experience and has learned from his mistakes in business, recognizes areas where he can surround himself with people more knowledgeable than him to oversee those areas, has obviously raised a great family and most importantly sees how our country has been in decline financially, morally, spiritually and internationally and is prepared to take action to “right the ship” so we don’t keep blindly sailing the wrong direction.

Since 1775 an estimated 1.8 million Americans have given their lives for the United States. Today we remember these men on Memorial Day. It is a day for those who have lost loved ones in war to remember. In remembrance many visit the graves of those lost and place flowers as to never forget, never to forget the bravery of America’s brave young men. Unfortunately while Memorial Day weekend is a rather somber weekend for some, it is for the majority of Americans nothing more than a three day weekend,and an excuse to eat, drink and be merry.

As the true purpose of Memorial Day weekend is to remember those fallen heroes, many Americans are appalled by our current President’s actions these past few days. Friday, Obama became the first sitting U.S. president to visit Hiroshima, Japan. In a historic visit, Obama laid wreaths at a cenotaph dedicated to bombing victims. During his visit the president apologized for the murder of a young Japanese woman killed by a U.S. marine, spoke of a nuclear free world, and offered his condolences for those lost in Hiroshima, with the dropping of the atomic bomb. Not surprisingly condolences were not given by the Prime Minister of Japan for those Americans killed in Pearl Harbor.

While the Japanese people were quite supportive of President Obama’s visit, many Americans were not so enthralled. Perhaps it was due in part to the president’s lifting the arms embargo on Vietnam just days prior, thus destroying any leverage that the United States had on Vietnam and abuse. How nice that while the president talks of a Nuclear free world he is giving others the ability to obtain nuclear weapons. Nuclear weapons are an inevitable component in today’s world and the United States needs a president that knows it. President Harry Truman’s decision to drop the atomic bomb was not an easy one, but a necessary one to bring an end to the war. Shortly after the bombing of Hiroshima, Japan surrendered, and the World War II was ended.